You are here: Home / Birthdays / {Birthday Parties} The Minnie Mouse
Spread the love 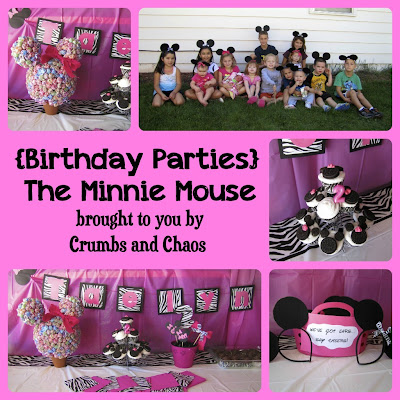 My baby girl turned ‘2’ this past weekend!  Time sure does FLY!  Last year, for her 1st Birthday, I was disappointed that I hadn’t taken many pictures…so, my main goal this year was LOTS of pics!  We decided to go with a Minnie Mouse theme, mostly because I had lots of party ideas for this after looking on Pinterest.  She had a wonderful time and everything couldn’t have turned out better!  Here are some of the things we did/had at her party… 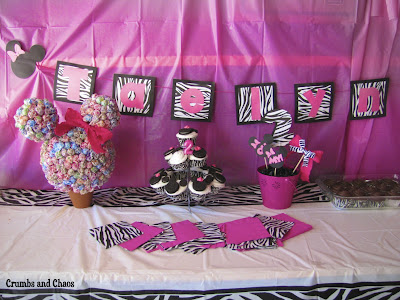 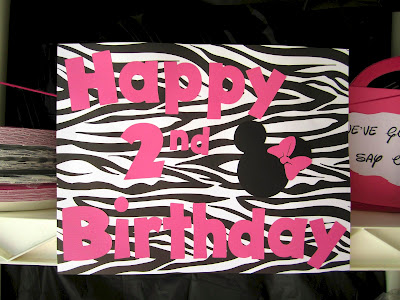 For my signs/decorations, I used my mom’s Cricut Machine

.  We had an outside party so this definitely helped spruce up the garage a little! 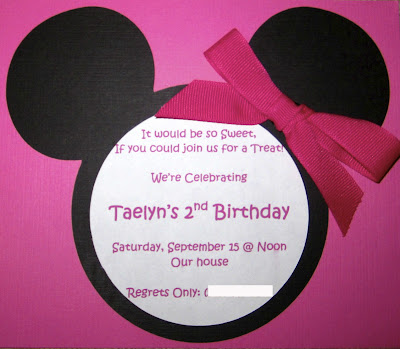 I also used the Cricut machine to make these invitations using cardstock and adding a pink bow – simple and perfect! 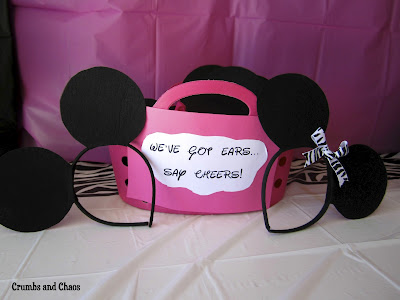 I wanted to do Minnie/Mickey ears instead of party hats (obviously 😉 I bought headbands at the dollar store in packs of 6.  Then I went to the craft store and bought a few sheet of felt (it was a fairly stiff felt) and cut them into circles, leaving a flap on the end so it was easy to hot glue them on the headbands.  Then I hot glued on the bows as well.  They were quite a hit! 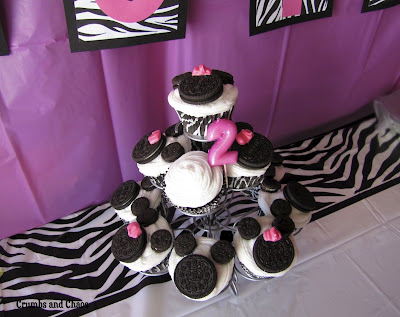 I usually always make a cake for the kids’ b-days, which I spend hours on, but, this time I decided on cupcakes.  It was nice for a change and so simple.  I used chocolate cake with my Best Birthday Cake Frosting.  Then adding the oreo’s was a piece of cake 😉  I used a frosting bag with my Wilton tips to put the frosting on the cupcakes and then for the bows. 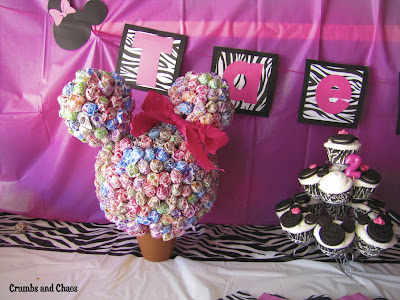 Now, this I saw on Pinterest and it was way more of a project than I bargained for.  But, it looked pretty cool when I was done.  I went to the craft store and bought three styrofoam balls.  One eight inch and two four inch.  (If I was to do this again, I would definitely buy them smaller!!)  I bought a small planter for the stand.  Then, the fun part….I bought a bag with 420 dumdum’s in it and after I finished that bag I had to go back to the store 3 times for the small bags (Because I kept thinking that was all I needed…I was wrong.)  So, in other words, there were a LOT of dumdum’s on this which made it very heavy!  Also, when I got to the ears, I cut the sucker sticks in half so I could place them all around the styrofoam ball! 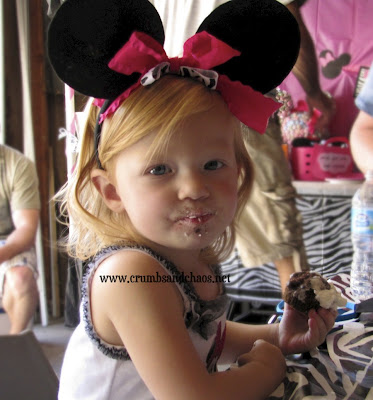