I love french toast and I love how this recipe is items you can have on hand to make when you need an easy breakfast for a group.    Of course, you could also make this for dinner like we did when we were in the mood for breakfast.  The ingredients are simple and so it the preparation. 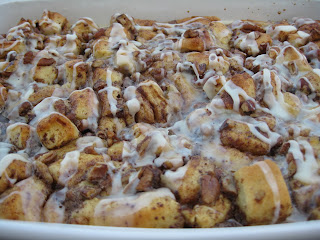