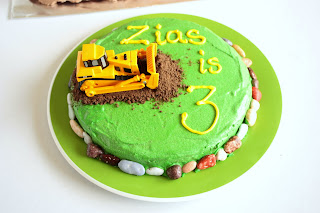 This past weekend, I had the privilege of making a birthday cake for my best friend’s little boy.  He’s about the same age as my little Zoe, they all have a great time playing together.  He asked for a ‘digger cake’ for his birthday.  There is a lot of inspiration around the web for this kind cake.  I didn’t have a written out plan when I started decorating, it kind of came together as I went along. 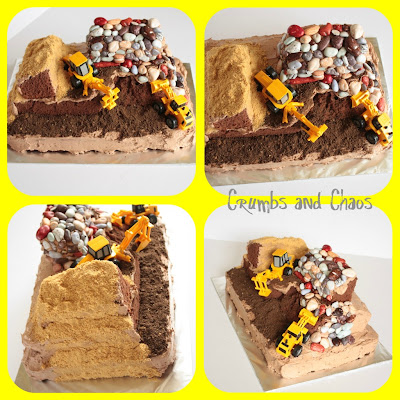 This is what I did:

I made two 9×13 chocolate cakes.  One of them makes the bottom layer of the cake above, then I covered it in chocolate buttercream frosting.  I took the second cake and cut it into pieces, I stacked them to make the different levels.  I used the other chocolate frosting, but I did leave some of the ends unfrosted. 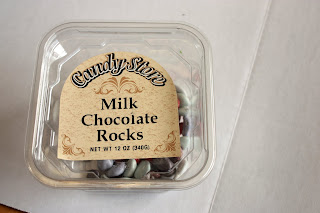 The sand is made of graham cracker crumbs and the dirt is chocolate animal cracker crumbs.  The milk chocolate rocks added to the character of the cake, they were from Walmart and they were hiding on the bottom shelf.  The construction vehicles were also from Walmart, they came in a pack of 5.
The cake pictured at the top of this post was a 9 inch round cake frosted in vanilla buttercream frosting.  I also made cupcakes which I garnished with a little ‘dirt’ and ‘sand’ and also a ‘rock’.
The birthday boy was thrilled with his cake.  He said, “Thank you for the digger cake, Becca.  It is awesome!”  So I was excited that he loved it. 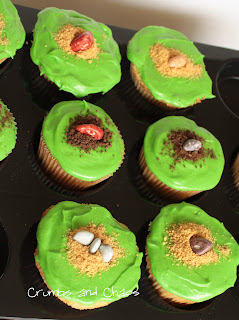 This post is linked to Melt in Your Mouth Monday, Recipe Sharing Monday, These Chicks Cooked, What I Whipped Up Wed, Cast Party Wed, Nap Time Creations’ Tasty Tuesday Party, Crafts for Under Twenty Somethings, Will Craft for…Comments